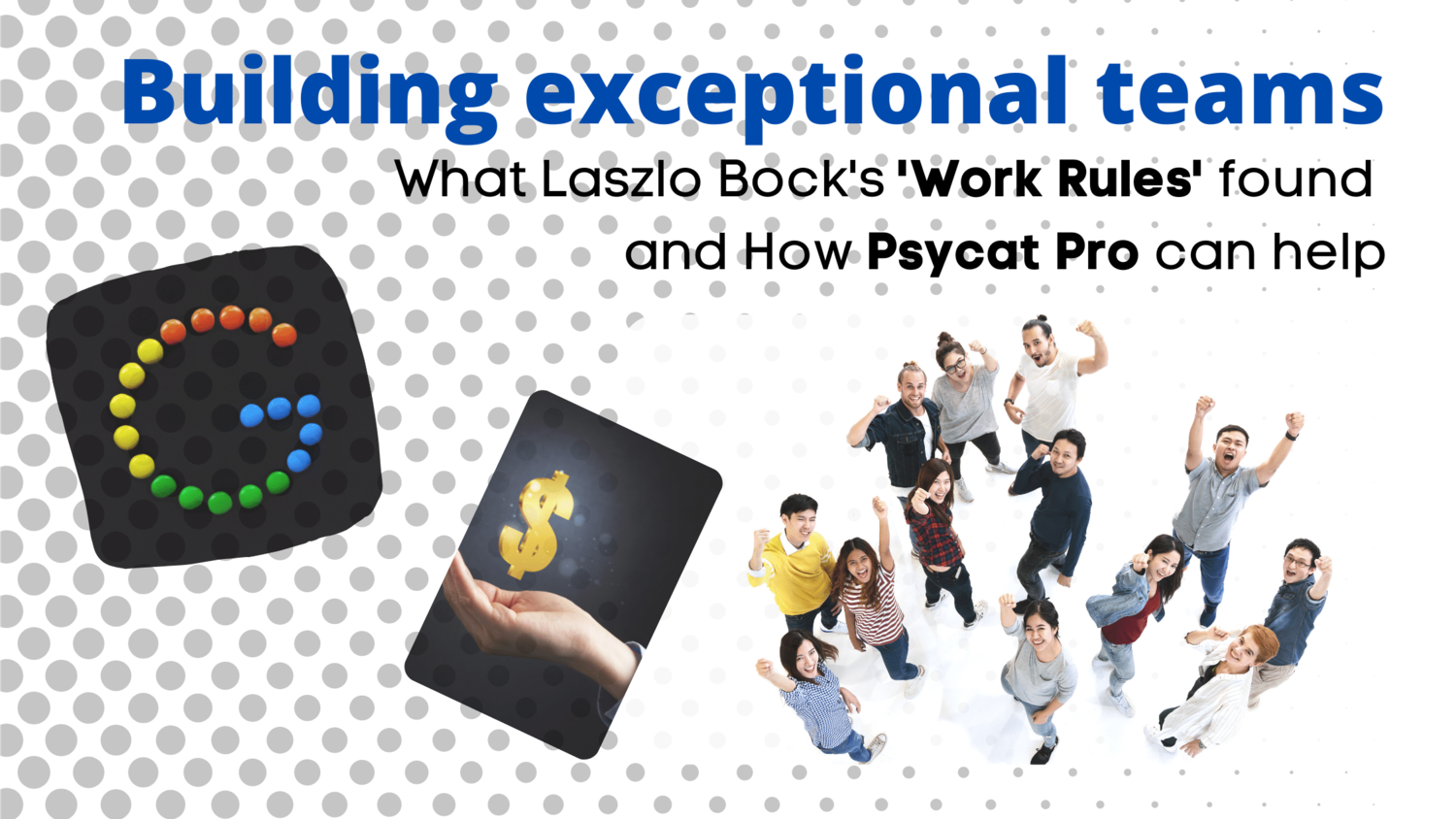 “Building an exceptional team or institution starts with a founder. But being a founder doesn’t mean starting a new company. It is within anyone’s grasp to be the founder and culture-creator of their own team, whether you are the first employee or joining a company that has existed for decades.” ―says Laszlo Bock in the book Work Rules explaining why hiring is the single most important people activity at Google, and the book delves into unconventional and effective approaches that the company has developed and applied to make work meaningful, and people happy.

For example, At Google, there is a strong effort to prevent toxic internal politics. Laszlo recalls a memory from his early days at Google when he had complained about someone to his manager, and the manager promptly CCed that person so they could deal with their conflict directly. It was an unusual lesson in the importance of having a direct conversation with his colleagues. Work Rules is seen as one of the best books on company culture and hiring practices with a lot of practical and actionable advice included. The main synopsis from this book is that the more you apply scientific models to study human performance, the more you understand the fact that it is the Human part of management that makes the difference.

Some of the valuable insights in this book that truly are a treasure are:

Managers are not expected to follow all of those right away. So Google has developed a distinctive survey which they use twice a year to allow team members to evaluate their managers against those eight areas. These surveys help managers to sit down with their teams and address those issues. The result was astonishing. Overall manager scores went up from 83 percent to 88 percent favorable, and their worst managers rose from 70 percent to 77 percent favorable. As Bock put it, “It’s actually become harder to be a bad manager.”

How can you apply this knowledge to your workforce in a reliable, effective and simple way?

The answer - Psycat Pro! We at WorldScape Human Science wanted to develop a scientifically validated and standardized predictive analysis assessment system for the corporate sector and organizations, where human behavioural traits, collective intelligence and culture is valued the most. Psycat Pro is a comprehensive assessment system that gives you all the power of scientific models in a simple-to-use, simple-to-comprehend professional dashboard that helps in evaluation, pre-Hiring, mass hiring, talent management, team building, collective intelligence and human resource positioning. Here's a quick comparison on how Psycat Pro's analysis compares with Google's managerial survey questions:

Survey question “Does your Manager give actionable feedback that helps you improve your performance?”
The Pyscat Parameter 'Tactfulness' helps in rating the manager who can give constructive feedback and motivate an employee to improve in that area.
Another survey question “Does your manager micromanage?”
The Psycat Parameter 'Obsessive level' gives ratings and helps understand which manager is highly obsessive and could micromanage everything and which manager delegates responsibility.
Survey Question “Does your manager keep the team focused on your priority?”
The Psycat Parameters 'Planning' and 'Decision making' assigns ratings on how good a manager is in making and executing the plan. This rating helps to review from time to time if the managers are maintaining track of their teams if they are progressing towards their goals. And if not, are they taking decisions to alter their strategy.
Survey Question “Does your manager shows consideration for you as a person?”
The Psycat Parameter 'Interpersonal Adaptation' helps in rating how good a manager is with their team as a person and if they understand them well.
Survey Question “Will you recommend your manager to other people?”
The Psycat Parameters 'Social Intelligence' and 'Emotional Level' help in rating managers and understand who is good at managing their temper. Managers who have an average emotional level and have high social intelligence can coordinate well with their employees and make them feel comfortable sharing any problems.